And so we come to Sigiriya, where the wild elephants roam on the roads at night, and many travellers come to climb the ancient fortress of Lion’s Rock.

Often said to be the eighth wonder of the world, the striking naked orange of Lion’s Rock juts boldly out of the flat emerald jungle landscape of Sigiriya. Eye catching from the moment it appears on your horizon. Around and on top of the rock is an ancient city and fortress, now carefully preserved. It costs 3970SLR to enter the archeological site, about £20 each- so not cheap for Sri Lanka! But we felt it was something we couldn’t miss out on our tour of the country.

The climb up the rock challenged us more than we expected- probably due to us razzing around the village of Sigiriya on bicycles the day before- but also was not nearly as far as it looks. In fact, the rock itself is only 200m high. It took us about forty minutes from base to top. Along the way we passed painted cave drawings of women wearing a lot of jewelry and not much otherwise, and also the ‘Mirror Wall’, which is a smooth polished wall where the ancient people liked to express their admiration by basically graffiti-ing their own names all over it. How times have changed. 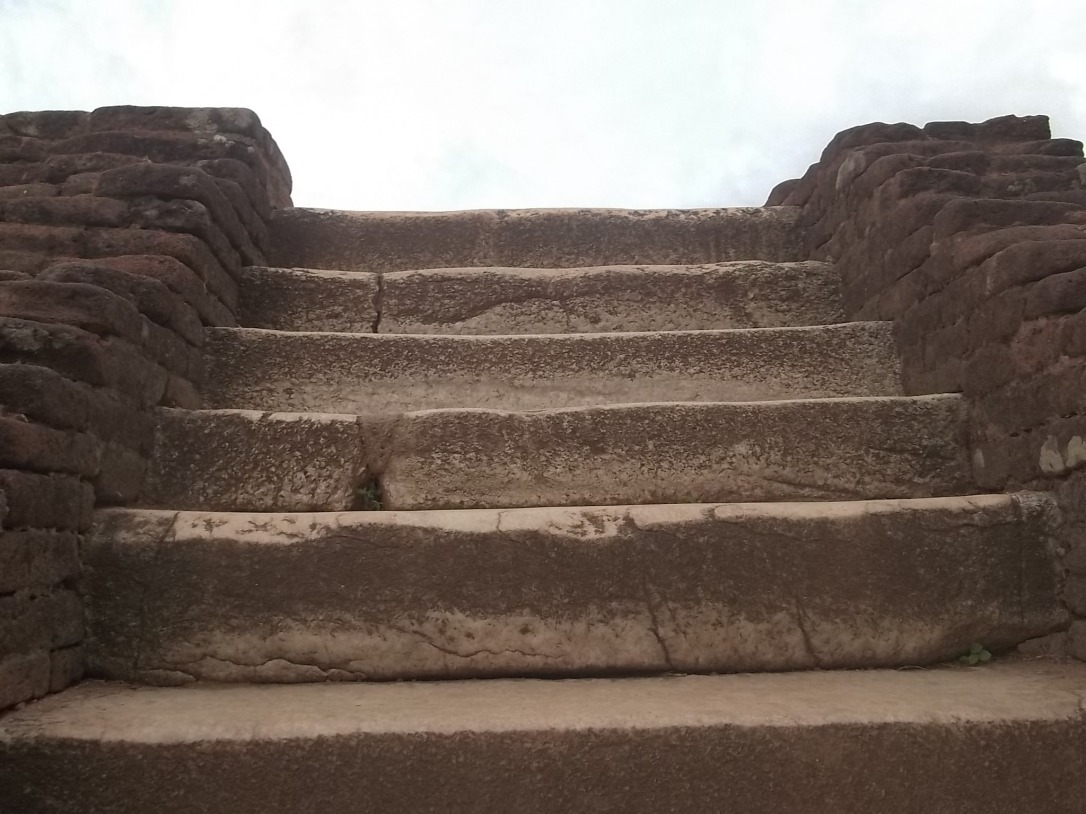 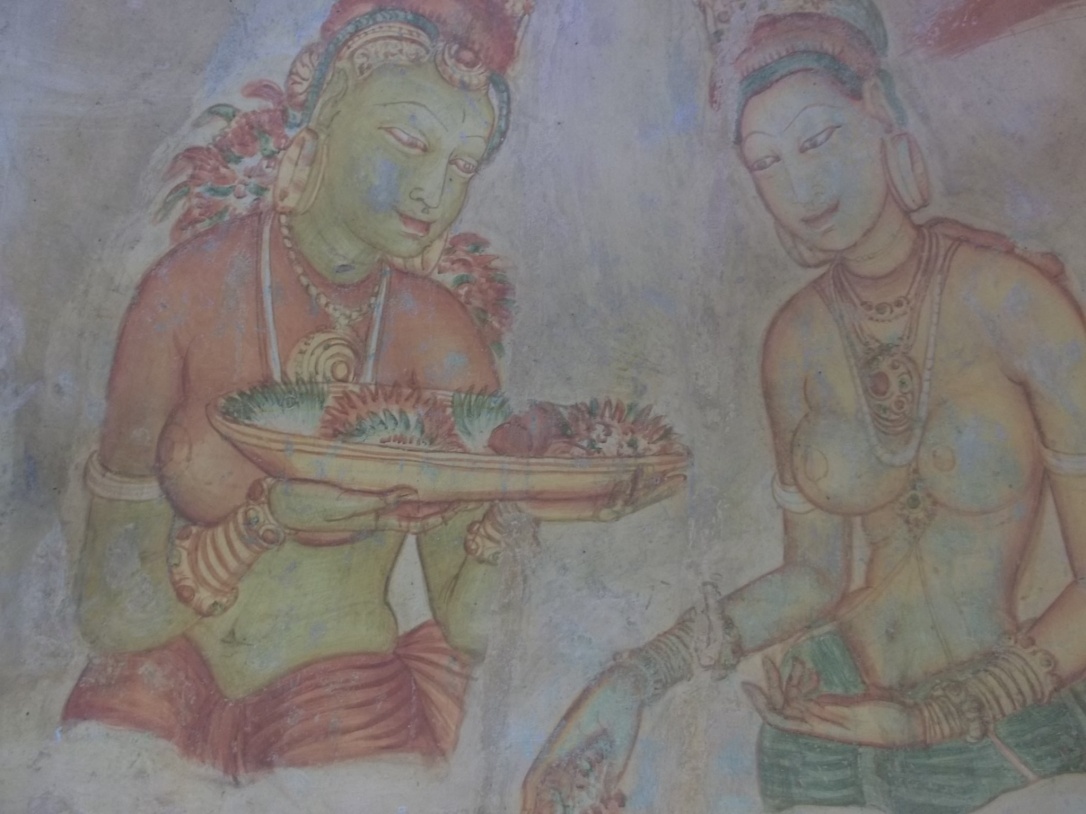 The views from the top are, of course, spectacular, and we stayed up there for a good while, watching other people posing for photos, exploring the old fort, and making friends with the Sigiriya caretaker. 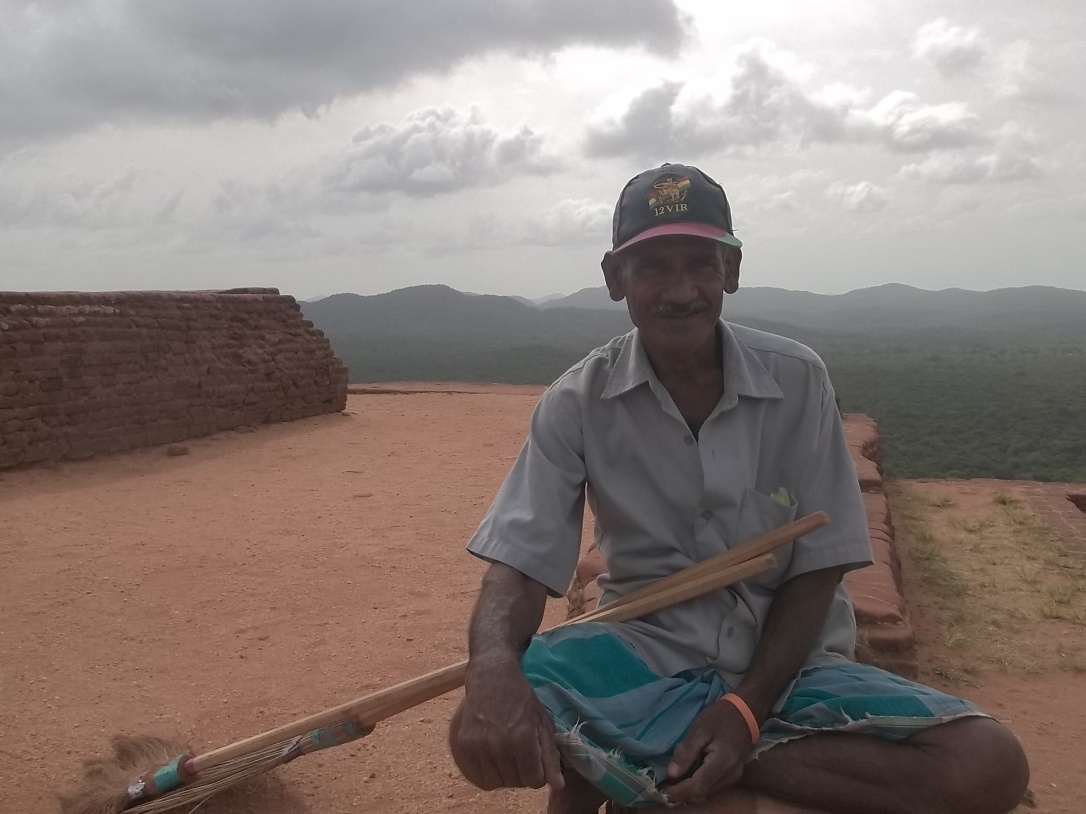 While we are here, we are staying at Queen’s Rest, which is one of the more unique places I have ever stayed, as guests rooms largely consist of tree houses! You can feel the room sway in the wind, and we can see Lion’s Rock from our little wooden balcony. 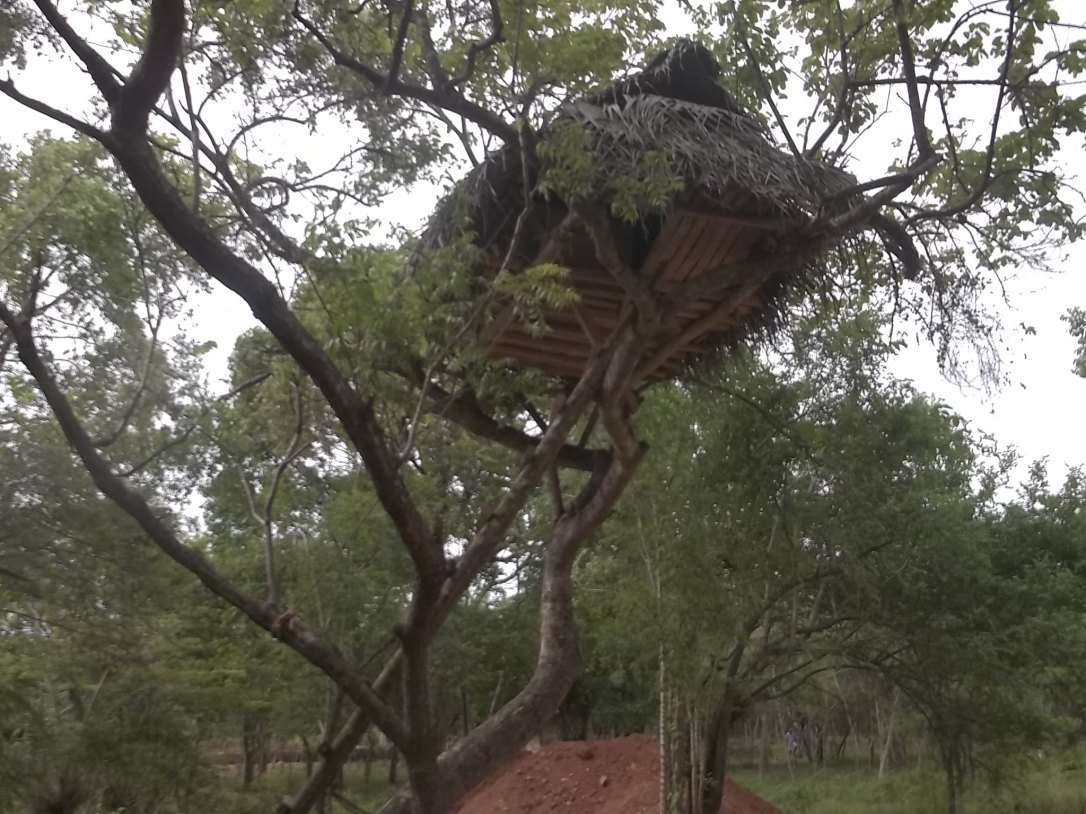 As we had a free afternoon, we decided that it was time to experience a real Ayurvedic spa. On arrival, we were asked to remove our shoes and were then led into a curtained room and given strips of green material to change into. We we’re a bit unsure as to whether we were meant to remove our underwear as well – but decided if one of us did it, we both had to do it. So, both feeling very giggly and naked under the thin material we waited for our masseurs to appear. We were both a bit relived when they appeared finally to see that I would get a female masseuse and Rich a male!

They sat us down and poured a bizzare sort of black oil into our hair, that smelt of what I can only as a mixture of soy sauce and tomato ketchup. Then they both began to knead viguously at our heads. From what I could see of Rich’s face, he was wearing an odd expression of someone who’s not sure whether they’re meant to be enjoying themselves or be in pain. I could only stifle my laughter at this for a second however, before my own scalp was descended upon. After that, I felt it best to just close my eyes and try to relax into the demanding movements of her fingers as much as was possible.

After this, they had us both lay face down and proceeded to prod and poke and push and pull and slap and squeeze us all over. All the while, using spreading yet another strong smelling gloopy oil all over us. It was, indeed, a very Full body massage- we proved wise in removing our underwear too! At one point I squinted over at Rich to see his man just beginning give his right bum cheek a vigorous slapping. It couldn’t be written. I couldn’t really enjoy the idea of teasing him about this later for long though, as my woman was just insisting that I on lie on my back so that she could knead the oil all over my bare chest. Lord…

After this, we were led into a tiny steam room, full of sweet smelling leaves where we sat and sweated together, before finally taking it in turns to lie in a sort of sauna box with just our heads sticking out to gulp at the less than boiling air.

At this point, I’d had enough and gasped to be let out. She towelled me down (another strange experience that I’m not sure I was entirely comfortable with but by this point was past caring) and then I was given a herbal tea that tasted of old socks while what felt like the entire staff of the spa stood around watching me until I had finished the last drop.

And did I feel refreshed! Well, all evening I ached from head to toe, convinced I was coming down with flu, so there was that.

Next stop, back to the beach and Trincomalee. Looking forward to some much needed lazy days with all of this travelling!